Top tips for language learning from man who speaks 11 languages

Alex Rawlings speaks 11 languages fluently. He is an inspiration and a true marvel. In this very impressive video he gives just one tip. I wrote it down word for word:

“THE EASIEST WAY TO LEARN IS FROM CONTEXT. I REMEMBER WHAT I SEE OR HEAR MORE EASILY THAN WORDS WRITTEN IN A LIST”

The importance of putting words into context has been stressed here at Language Pie and I have been inspired by this young man to return to the theme. In the meantime here is the wonderful video on the BBC. 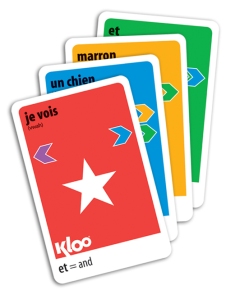 With KLOO, players win points by learning new words and forming sentences. The longer the sentences, the higher the score. The unique aspect of KLOO is that even absolute beginners can play and instantly start making sentences up to 10 words long. No study, no grammar, no work – they’ll learn how to make thousands of sentences in seconds. It is one of the reasons that people learn faster (and have more fun) with KLOO.

KLOO games are available in French and Spanish. Watch how easy it is to make thousands of sentences in French with KLOO cards:

This underused technique can power your language learning

At the weekend my 12 year old daughter took part in her first duathlon – swimming followed by a run. She is not a regular athlete (belonging to a club) but wanted to give it a try. On the way to the event she was telling me how she wasn’t going to try that hard – just have fun and see how she does. 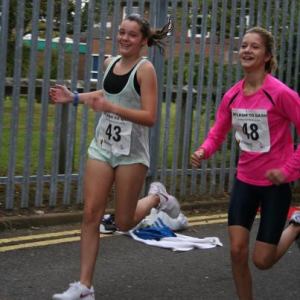 I watched her swim and then walked over to an adjacent field to be able to welcome her across the finish line. I could see she was more than just having fun – she was trying her level best and pushing herself for the best time. She did really well coming mid-table. It was especially good when we know that lots of the kids were from running and swimming clubs.

What was interesting was how Sasha changed from being indifferent to her performance to pushing herself hard. That’s the secret ingredient of games kicking in. As soon as you engage in a competition you up your performance, focus and try harder. Why? Because we like to measure ourselves against others and put in our best performances . We are hard wired to compete.

The same is true for whatever we turn into a game…kicking a ball,  running fast, jumping, playing chess, playing poker, spelling, memory and everything and anything.

It works amazingly well for language learning too!

An MFL Language Game that gets people learning fast

So if you want to get your class or child really motivated to learn a language – turn it into a game.

There is a new game that is growing in reputation and has already won more awards than any other foreign language game ever. If you play, you’ll see how the attitudes of language learners change before your eyes, becoming more focused, alive and motivated. Teachers and parents report this all the time – and it’s entirely predictable. Play and see.