Want to help your child learn a language? Watch this

Find out how thousands of parents are helping their kids learn a language in a fast, easy and fun way. No need to study or work – just play. See how the #1 best seller for language learners can help your child.

Find the right game for your child

“My Kids absolutely love this! Their teachers have commented on how they’ve really overcome their reluctance to speak up in class. My son now and wants me to get him that set for his whole class to play with. Can’t recommend this game highly enough.” Fussy Mum, Amazon Reviewer

KLOO’s French, Italian and Spanish games for kids are loved by parents as well as children, making them a fun-packed way for the whole family to learn a language. Using our award-winning cards, players are soon able to learn words and build sentences to score points. It’s fast and easy and in no time at all, everyone (even absolute beginners) are speaking a foreign language and having fun.

Although KLOO’s French, Italian and Spanish games for kids were originally created for the home, thousands of schools around the world are now using them too because teachers find that children (and students in general) learn faster and become more enthusiastic when they play. Even reluctant learners are motivated by the game because it doesn’t feel like work. Teachers state that:

Take a look at the Case Studies conducted by language teachers in Canada, the UK and USA.

An Award Winning Game for hours of fun

KLOO is a multi-award winning game offering hours of fun. In fact KLOO’s range of French, Italian and Spanish Games for Kids have won more awards than any other foreign language game. Most notable among our awards are: 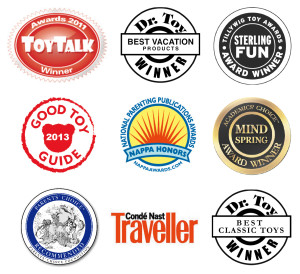 “FANTASTIC GAME! Bought this for the family and it is brilliant. Have just used packs 1 and 2 so far although bought all 4. Great for all ages and abilities – mixed children and adults works fine. Very good because it self corrects and teaches as you go along. Am looking forward to extension packs in the future” Ginny, Amazon Reviewer, Parent

A game that packs a lot of language

Each deck of KLOO contains a careful selection of high frequency words that are essential for learning a language. The words in a deck all work together around a particular language theme such as “People” or “Clothing”. As children learn all the words in one deck they move onto the next – building their vocabulary by playing. Each deck is mathematically balanced with a precise number of word types to give players a deeper understanding of the language. 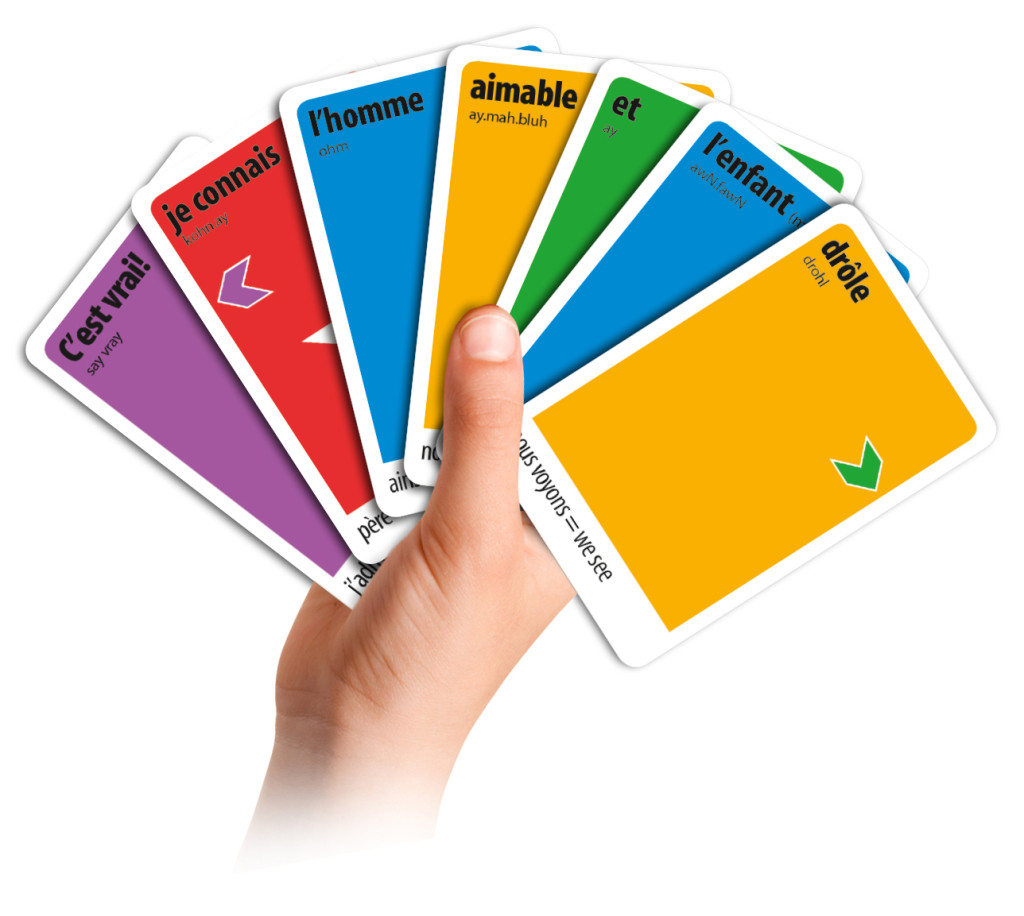 All of our French, Italian and Spanish games kids contain similar vocabulary

“Our kids literally cannot put these cards down – they love it. I would recommend this to anyone who is eager to learn in a fun and family orientated climate.” Karen & John, Amazon Reviewers

Language and your Child – Did you know?

Learning a language is more than just another school subject. It can enrich your child’s life with new experiences, cultures and people. However, did you know that children with language skills also:

Helping your child learn a language gives a lifetime of benefit.

I know what trying to help your kids learn a language is like. My kids are the reason I invented KLOO. I saw how they struggled with languages at school and so I wanted to create a game that makes learning a language easier and more fun.

Send me your enquiry.