Teach Me Spanish French or Italian

The fun, fast way to teach yourself a language

KLOO® uses a unique language system that simulates the way we learned our first language. Through fun games you can teach yourself French, Spanish or Italian without ever having to work or study. Just play and the language will come naturally – at least doubling your rate of learning.

You choose how you want to learn:

» You can play on your own – or play with others.

» You can play at home or on your travels.

» Play board games like Race to Paris or card only versions.

Whatever you decide, the same clever language learning systems that underpin every game, ensure that you learn fast and easily.

“I consider myself to be hopeless at learning new languages. Within just a couple of games of KLOO, I’ve picked up new words and phrases already (if I can do it, ANYBODY can). What a great game!!” Leinad. Amazon Reviewer

Teach me Spanish fast!
(or French or Italian)

People who play KLOO for the first time are often taken aback at how much they learn – especially when they play a second game and find it easy to recall words from the first game. Players often remark on how much they have learned and how much easier it was compared with their school experiences! So while you are playing, be prepared to learn a lot, fast:

» You’ll learn hundreds of foreign words – as you play

» You won’t have to work, study or write. Just play and it will all come naturally.

“When you have played the first set, you’ll know why I had to buy the next set. I’ve bought both double-deck sets in French and Spanish and have had hours of fruitful, fun learning with them with family and friends. ” John Mingay, Scotland

The Difference with KLOO

“Ideal for adults who want to be able to converse with the locals whilst on holiday, or just as a great way of having fun.”  Association of Language Learning, ALL

Every Deck is packed full of language

Each deck of KLOO contains a careful selection of high frequency words that work together around a particular language theme. The decks are mathematically weighted with a precise number of word types to give students an understanding of:

Pack KLOO on your travels and speak when you arrive

Condé Nast Traveller Magazine rated KLOO as one of the “7 Must Pack items” before you go on any holiday. Take our double deck packs and play anywhere…and effortlessly learn a language as you play. All decks are themed around important aspects of a language such as People, Eating & Drinking, Places and Everyday Objects. As you learn all the words in one deck, move on to the next one, building your vocabulary as you go. Very soon you’ll be ready to talk to the locals.

4 is the number of Decks for each language. Each Deck contains different vocabulary based on an important language theme such as “People“, “Eating and Drinking“, “Places” and “Everyday Objects“. As you learn all the words in one deck, you move onto the next one, effortlessly building your vocabulary as you go.

9 is the number of major awards that KLOO Games has won including ToyTalk’s Best Board and Card Game of the Year and Dr Toy’s Best Travel Game. 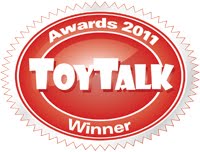 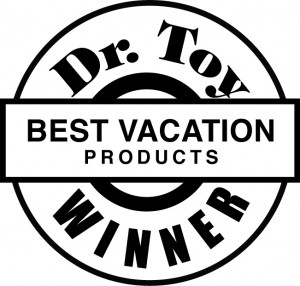 10 is the number of seconds we think it will take for you to learn how to make grammatically correct sentences in a foreign language with KLOO. Look at the picture below and see if we are wrong. 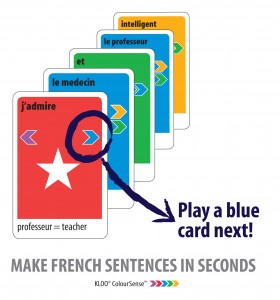 Is the numbers of games you can play with one deck of KLOO cards. There are solitaire games like “Under Starters Orders”, Quick Fire Quiz games like “Penalty Shoot Out” and traditional games like “Classic KLOO”. Whatever game you choose, you’ll learn the language as you play. See the Penalty Shoot Out video below:

200 is, in percentage terms, how much faster you can expect to learn a language with KLOO, when compared with traditional methods. KLOO has embedded powerful language principles inside a game to make your learning easy. In many tests people learn even faster than that. 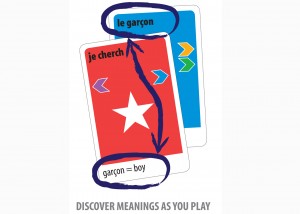 Do you have a question or a suggestion? Get in touch! We would love to hear from you. Andrew, the creator of KLOO, tries to respond to all enquiries within 24 hours. Just fill in the form opposite or send an email to the email below:

Thanks for your interest in KLOO